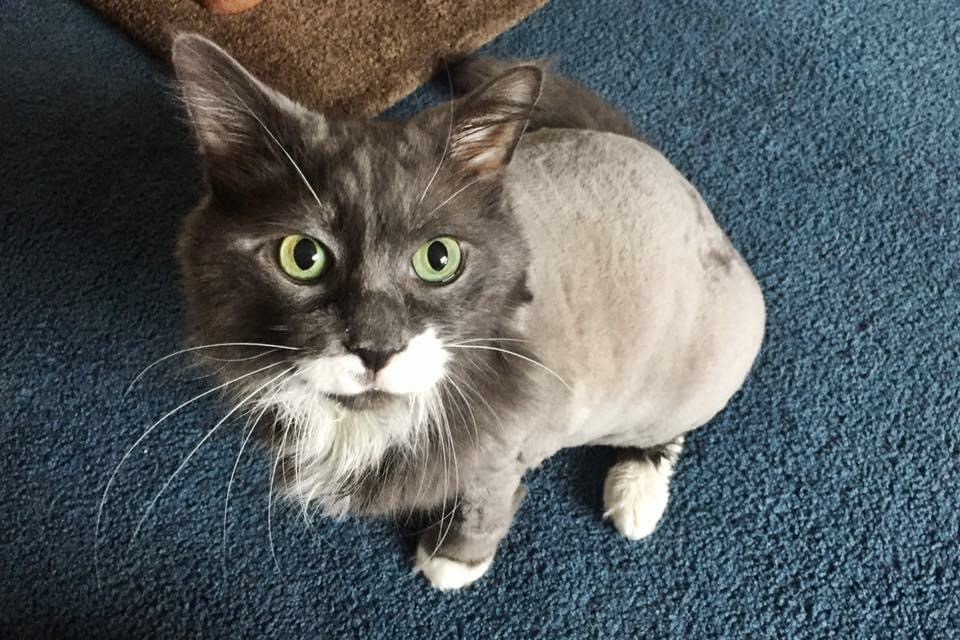 Jeff Moore is a volunteer foster with the Ferndale Cat Shelter. This is his story about fostering a senior cat named Ziggy, who he would eventually adopt.

I agreed to foster Ziggy from the Ferndale Cat Shelter last year toward the end of February. Several previous foster opportunities with the Ferndale Cat Shetler had fallen through, so I was excited to welcome Ziggy into my home. Having three resident cats, I wanted to keep him separated in one of our spare bedrooms until he got used to being in our home.

It was a cold, wintry night when Ziggy’s former family dropped him off at my home. We quickly brought him inside and upstairs into his room. They stayed for a while and Ziggy was quite affectionate, approaching me and initiating pets and head bumps. After they left, I went upstairs to check on Ziggy. Friendly ten minutes prior, he hissed and lashed out at me with a swipe to my right wrist, a scar I still have to this day. I decided to leave him alone for the night and return in the morning. 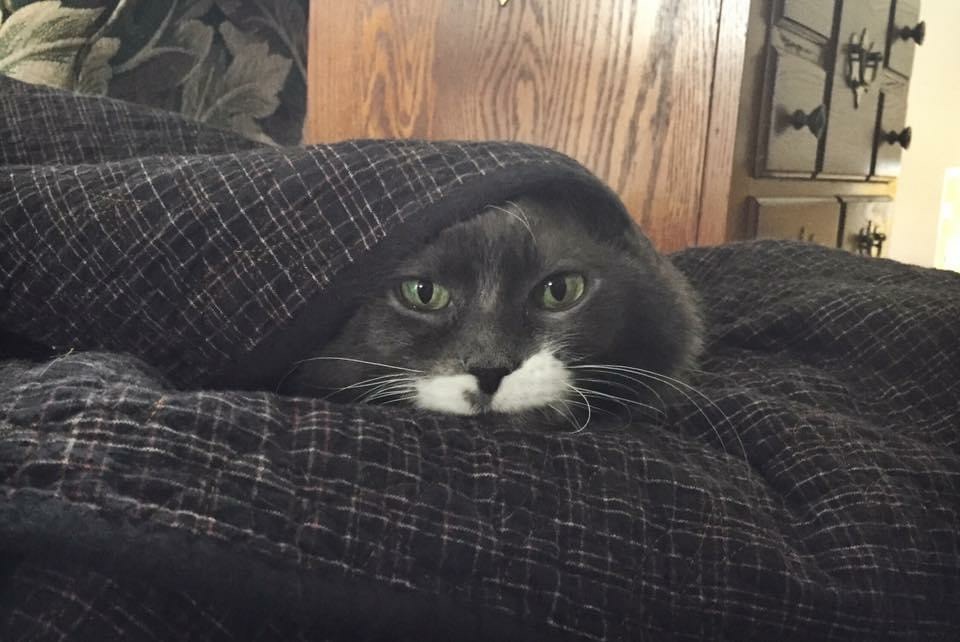 It was a rough transition into our home for Ziggy. Despite warming up to my wife and I after a few days, Ziggy wanted no part in being stuck all alone in that room every day while we were at work or sleeping. He would ram his head into the door at night, tore up the carpet trying to get out and had the worst diarrhea I have ever seen a cat have. Ziggy was returned to the Ferndale Cat Shelter because he refused to poop in the litter box. He was also previously surrendered as well, meaning we were, at least, his third home, at 10 years old.

The next month was filled with constant ups-and-downs, mostly downs. At one point, Ziggy was so stressed out that diarrhea caked his entire backside and he had to be picked up by a volunteer transporter from the shelter and taken to their veterinarian at Little Friends of Ferndale. I had to wrangle him and get him into his carrier.  I was in tears and felt like I failed Ziggy and that I would never see him again. It was a terrible day.

I got a text a few days later asking if I would be willing to try again with Ziggy. “Of course I would!,” I replied. Apparently, senior cats with litter box issues are not exactly in high demand, who knew? I also worried that if Ziggy ended up in the wrong home, someone would become so frustrated with his behavior that he would potentially get put down.  I had not even had Ziggy for a month and he was already a foster fail.  We loved him so much already. 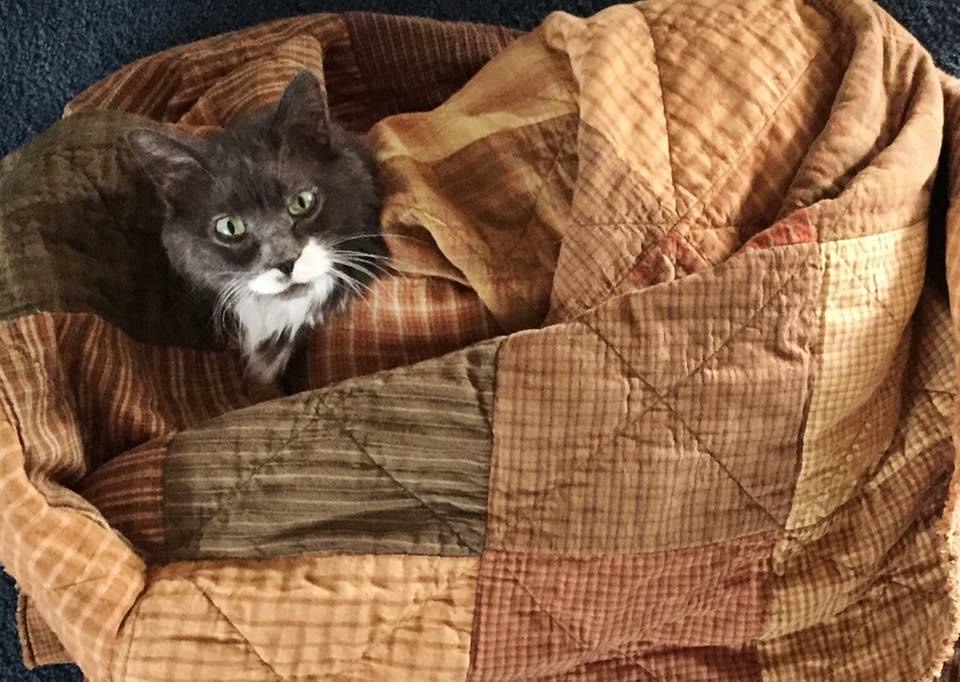 I moved Ziggy into a different guest bedroom because I thought he was associating being dropped off here by his previous family with his current room and that was why he was having so many problems in there. He proceeded to ruin the mattress in his new room, urinating and pooping all over it when my wife and I left for a week-long vacation to New Orleans. Ziggy probably thought he had lost his humans once again.

My wife and I eventually developed a system for dealing with Ziggy’s messes. We clean up the initial poop, spray it with Nature’s Miracle and then hit the area with our SpotBot. It only takes a few minutes every day. Being overweight, he also requires being shaved down every few months to help him groom himself and prevent messes when he does occasionally get diarrhea. 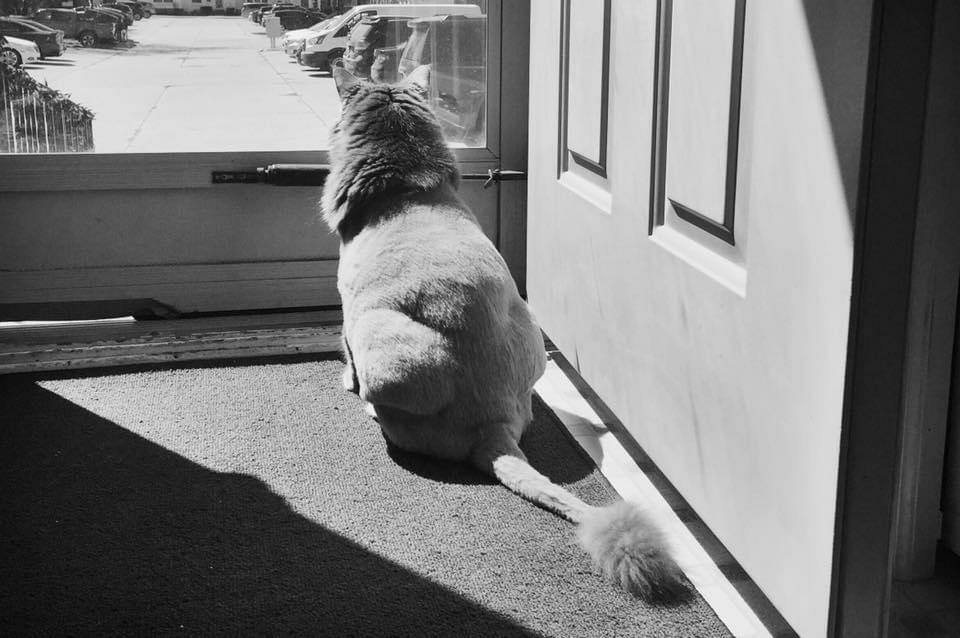 Ziggy’s introduction to my other cats was difficult and took months. Ralph, Bear and Prinnie, our other three resident cats, are half Ziggy’s age and still very playful. Prinnie also picked on Ralph quite a bit so I was concerned about how she would react to Ziggy. We started putting Ziggy in an enclosure in our living room with the other cats out and about. One night, Ziggy decided he had enough of this process and, while my wife was making dinner, busted out of the enclosure without her even realizing. She turned around a few minutes later and there was Ziggy, sitting out in the open with the other cats. That was that. 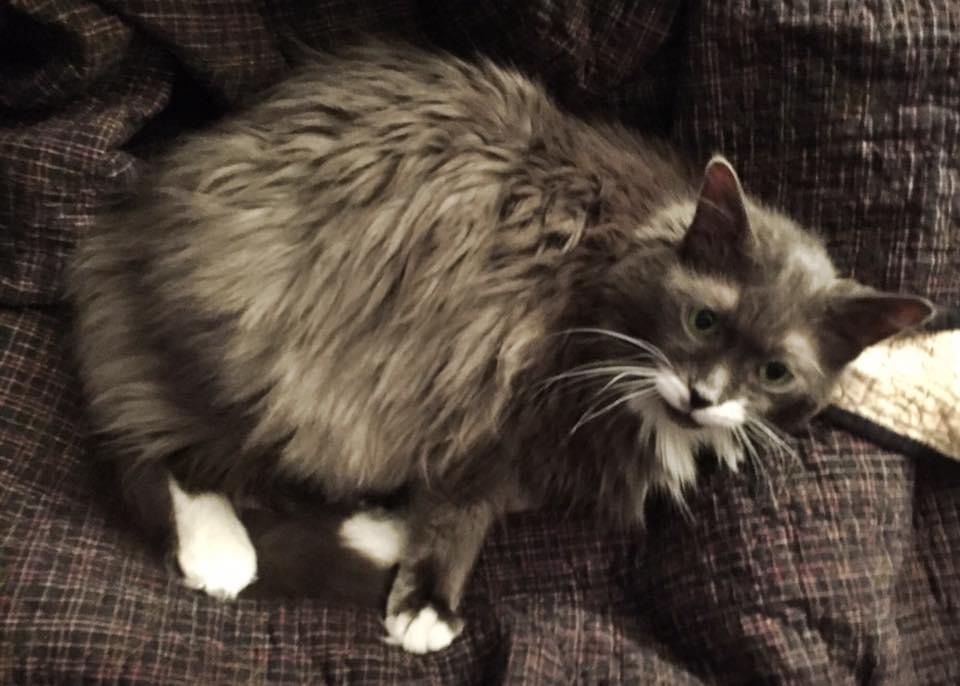 There have been a few hiccups and dust-ups but, for the most part, Ziggy does not bother the other cats and they leave him alone. Amazingly, with Ziggy out now, it has curbed Prinnie’s sporadic attacks on Ralph and resulted in a calmer, more balanced household.

Ziggy is a talkative, sweet, love-bug. He spends many of his days burrowing underneath a quilt on one of our couches, sleeping the day away. When my wife is home, he can be found curled up next to her on that same couch. He is great at using scratching pads and posts and is our most well-behaved cat. When I get home from work, Ziggy will greet me and tell me about his day. On lucky nights, Ziggy will follow us upstairs, plop down on our bed and wedge himself in between my wife and I, sawing logs all night. 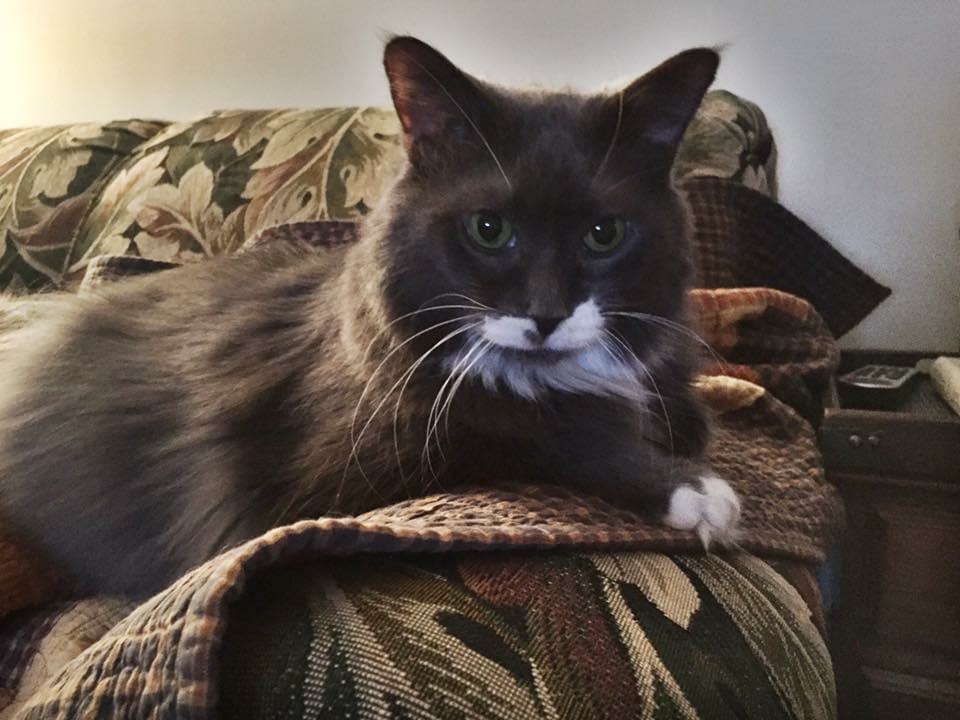 There are many days that have been a struggle with Ziggy. However, Ziggy has found his forever home with his forever family. I am grateful every day to the Ferndale Cat Shelter for bringing Ziggy into my life. He has taught me so much about having compassion for animals that are deemed imperfect by other humans. My only hope is that Ziggy will live out the rest of his life with us knowing what unconditional love is. 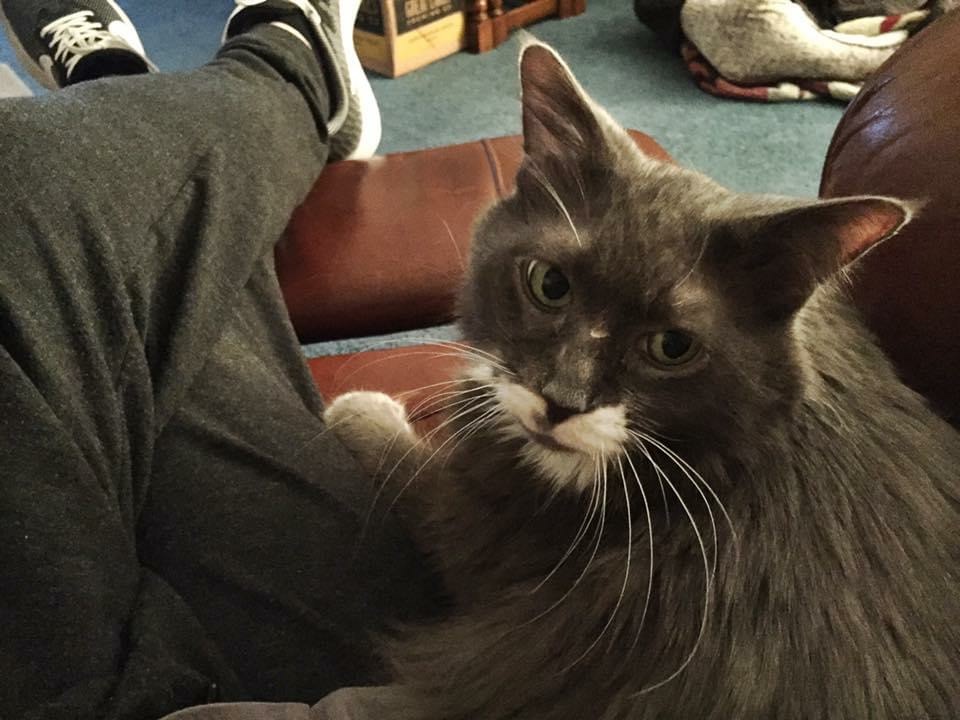 My wife and I live in Clinton Township and rescued our first cat, Ralph, about three-and-a-half years ago.  We live in a huge condo complex and began to notice a lot of stray and feral cats coming by.  During this time, we also adopted a brother-and-sister pair of Siberian cats, Bear and Prinnie, a year after we brought Ralph home.  The cat bug hit me big-time at that point and I began leaving food and water out for the outdoor cats every night.

With the help of the Ferndale Cat Shelter over the last year, I was able to find homes for two of the outdoor cats, Herman and Truman.  I fostered Herman once I trapped him and brought him inside.  Once Herman found his forever home, I agreed to foster a cat for the Ferndale Cat Shelter, which brought us Ziggy, an almost-immediate foster fail.